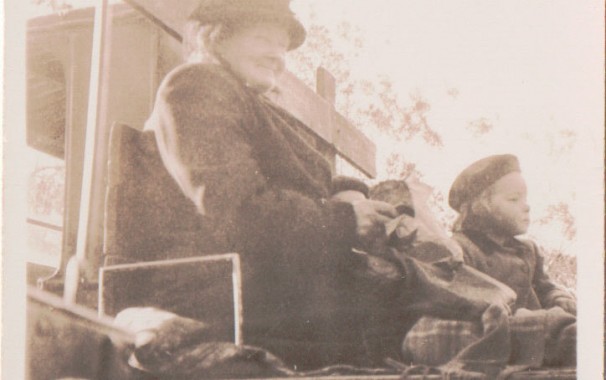 There is a lot to say about my great great grandmother Anastasia Maher. Firstly, she was born on the Bendigo goldfields in 1856 to Irish immigrant parents. So much about her life and death has become the perfect case study for a Genealogists lectures. I present many details of the records relating to Anastasia in my workshops, to demonstrate the intricacies and trap falls of family history resources to my participants. My writing style and content is also exposed in these workshops. Anastasia will feature in a lot of my blog posts as she is the pivotal character in my research, my workshops and my personal development as a hopeful professional Genealogist.

In 2011 I attended the immensely rewarding experience that is the “Genealogy Conference”. I boarded the first Cruise ship organised by Unlock the Past with my husband and my growing baby in utero. Since then I have attended a second Cruise conference with my mother and the same baby daughter who was 18 months old at the time.  The presenters are always captivating and interesting and back then there was one in particular that has inspired me to pursue the life of a professional genealogist and family history writer, and that is Carol Baxter. After attending a writer’s workshop in Adelaide presented by Carol Baxter I learnt that “not all facts are truth” and I discovered this first hand from the Death Certificate of Anastasia Maher.

The death certificate states that Anastasia had been married twice in her life and that her parents were Michael Gray and Mary Cane.  The informant had claimed that Anastasia was married at 17 years old to John Coulter and they had 5 children, she then married at 27 years old to John Maher and had another 7 children to him.  With no reason to doubt the validity of this information I assumed it to be “true”. It was on the Death certificate so it must be correct. However, even before there was such a thing as www.Ancestry.com I had discovered that this certificate had been falsified by Anastasia’s family.  A researcher at the Golden Dragon Museum in Bendigo informed me that Anastasia had been married only once in her life and that it was to a Chinese man, James Wang Ah Ling in 1892. The late Joan Jack told me that John Coulter was the husband of Anastasia’s sister Alice and John Maher was her brother who died in infancy.  So why had someone informed the Registrar otherwise? Delving deeper has since revealed many reasons why someone from her family would do this and looking into other records have given the answers if you are prepared to read between the lines. I’m saving the rest for another post.

anastasia maher, genealogy, unlock the past